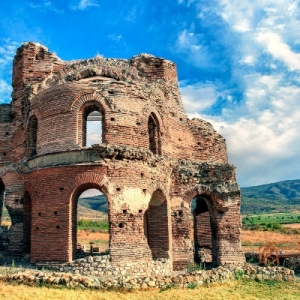 One of the pearls of early Christian architecture in Europe is recognized as the late antiquity and early medieval basilica "St. Mary", famous as the "Red Church", which from the 4th century, all the way to the 14th century, housed the services of the worshippers. This is an architectural and archaeological monument of national importance and is located about a kilometer - two from the city

In 1850, the people of Perushtitsa built a representative building for their children's school. Worthy of him, as the first teacher invited Hristo Danov (1828-1911) - famous for his literary and publishing activities in Revivalist. For his three-year patriotic service in it, he managed to prepare the future figures of education, church affairs and the national liberation movement in the prosperous settlement.

On May 1, 1876 in the church "St. Archangel Michael ”32 devoted to Christ men, women and children freed the angelic spirit from their bodies to be saved from defilement if the non-believers subjected them torture. The second church, built inside Perushtitsa, was consecrated in 1947 in honor of the Holy Archangels.

Less than 3 km south in a straight line from the city center on a high rocky hill with steep slopes to the east, west and south is the fortress Peristitsa. It was founded by the Thracians and all the rocks bear marks of their cult activity. The fortress rises to an altitude of 668 meters and has GPS coordinates: 42 ° 01’56 ”N. and 24 ° 32’23 ”. 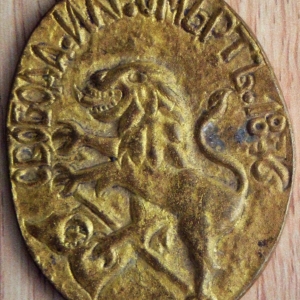 The free before the liberation

On April 23, 1876, the chairman of the Perushten Private Revolutionary Committee, Petar Bonev, a comrade of Levski since the First Bulgarian Legion in Belgrade (1861-1862), read the "bloody proclamation" written by Todor Kableshkov to declare the uprising. The members of the committee and the conspirators happily began to hug, kiss and shout "Long live Bulgaria!".

Around the ancient megalithic sanctuary in the fan-shaped on the steep slope of the Rhodopes just above the city are not only scattered tiles of ritually broken pottery for thousands of years, but also secrets of unceasing magical practices. Five kilometers in the mountains south of Perushtitsa lies a still unknown sacred complex.

To the southeast of the sanctuary Manastirski skali, but even higher on the steep slopes of the Rhodopes, as a precipice of rock among the vast forest on the slopes whitens the Holy Place. I did not find a person who knows why he is called that in Perushtitsa. One thing was certain: if a hunter did not hit game in the mountains, so as not to go down into the city ashamed, he would come here and he would definitely get lucky. 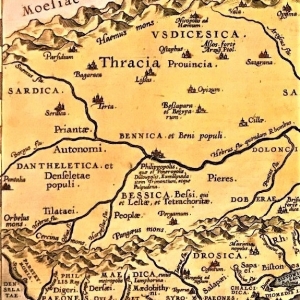 A city among sanctuaries

The Historical Museum of Perushtitsa is called to collect and organize not only the history of the city, but in its original form to illuminate, make sense and widely promote artifacts, legends and documents from the millennial past of the area between the legendary Thracian Besapara in the northwest and powerful megalithic complexes.