Home › Under the pyramid › The secret marble architrave

This marble architrave from the museum exposition under the glass pyramid is the key to one of the great mysteries around Perushtitsa: what building he crowned, where it was, who destroyed it when and why it was condemned to oblivion with the steadfastness to which it apparently owes so much obliteration. memory of its origin. If the extinct ancient town of Dragovets stretched from today's Perushtina district of Pastusha to Ustina, Krichim and Kurotovo Konare, and the Ottomans called it Kyuchyuk Stanbul (Little Constantinople), it is part of the main beam just above the columns, which carried the weight of the frieze. the cornice above it together with the roof structure of a representative building / temple there.

The emblematic sign on the survivor of the destroyed structure is undoubtedly the bull's head. Researchers call them "bukranii" and when they are not a decoration of vessels, but part of buildings, they associate them with temples. Scientists are divided on how to interpret them: for some bucranias are a symbol of the male, fertilizing principle, and (due to the external resemblance of the female reproductive system with the horned head) for others they are a pictorial "metaphor" of the female reproductive system. the corporeal-extracorporeal movement, with birth, death and rebirth.

Is not an ancient clue to the secret knowledge that highlighted the special role of the temple, is not the surviving, albeit damaged in its right side by erosion bull head at the entrance of the largest on our lands rock sacred complex Deaf stones in the Rhodopes? Even if she testifies that she has guarded this sacred territory since the Age of the Bull after the Fourth Millennium BC, she is obviously watching over the sacred sign in the arch below it. Archaeologists claim that "after long research, they define it as a ship that carries the sun," but I have found no explanation for obsessively ignoring the deep hole just below the two vertical lines to the "ship" and the vertical lines themselves.

Placed at the entrance, this sign undoubtedly emphasizes the special (target) task of the sacred complex and directly points to the mysteries associated with its top, where - after its symbolic asceticism in the artificially carved cave at the foot of the central sanctuary, excavated (and apparently finished for to accommodate several people) - the bridge ascended the steps carved into the stone to the right to the ritual site at the top. If in the brightly marked circle below we recognize the dedication cave, and the ladders cut into the same stone are marked with the two parallel lines to the vessel (alleged navigable) to the main ritual site of the priest, how concrete the "spiritual signpost" seems for the path of initiation, which awaits invitations to ascend this magical hill!

I've seen a lot of images of ancient and antique ships, but with such pronounced curved edges - both front and rear! - I have not seen. And I do not understand what grounds or concerns would impose on seafarers to order them. On the other hand, what is depicted obviously looks like a section of the phial - the sacred ritual vessel of the Thracians for their liturgical rites. I am convinced that it is this compelling resemblance and the clear awareness of the message associated with the pristine appearance of the pool, to which the steps dug into the rock unconditionally lead, that confirms the suspicion that it was subsequently cleared as a cistern. Even the very fact that it was obliterated as an intrusively "pagan" element suggests that the first local Christians to inherit this apparently highly revered sacred territory in order to assimilate it as the temple of the new doctrine were aware of its crucial importance. role in the technology of ancient mysteries…Researchers of the rock cult complex Deaf Stones are unanimous that Orphic initiations were performed in it. But what would they look like if they were taken to an ancient temple down in front of the mountain?

Apparently, the time has come for archaeologists to visit the area around Perushtitsa very carefully, because a storehouse for intimate knowledge from antiquity, which was expertly transferred from the millennia to the times of early Christianity, is probably hidden next to it 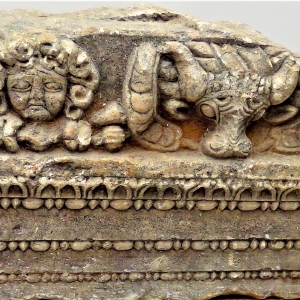 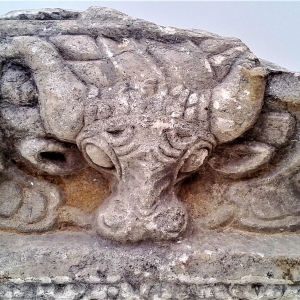 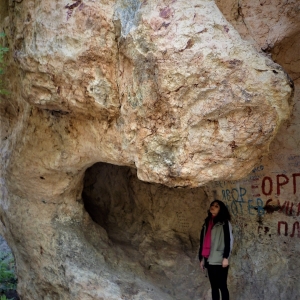 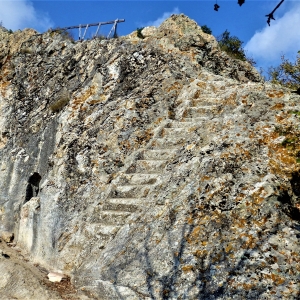 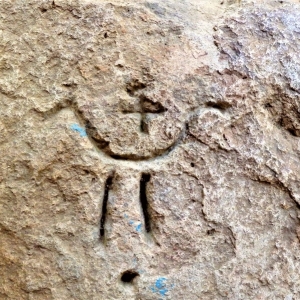