Home › Under the pyramid › "The Defense of Perushtitsa" - a painting by Prof. Dobri Dobrev

"The Defense of Perushtitsa" - a painting by Prof. Dobri Dobrev

The painting "The Defense of Perushtitsa" by Prof. Dobri Dobrev is part of the historical memory of the heroic Perushtitsa. The work presents the dramatic events of the last day of the April Uprising in Perushtitsa - April 27, 1876, when in the church "St. Archangel Michael ”23 men, women and children devoted to Christ freed the angelic spirit from their bodies in order to be saved from defilement if the other believers subjected them to perversions.

Monumental in size, realized with oil paints on canvas, the work as a genre is a figural composition on a historical theme. The composition is central, ie. the most important action is concentrated in the center of the work. The color picture is immersed in the semi-darkness of the interior of the church. At the bottom there is a half-open door, through which bright daylight streams, illuminating the tragic scene. The characteristic silhouettes and profiles of the invading Turks stand out. They are purposefully contrastingly dark, demonic and symbolize both extreme external aggression and the barrier to the light of life and freedom.

In order to be able to reproduce as faithfully as possible the characteristic features of Perushtitsa, Dobri Dobrev lived for several months in Perushtitsa. He takes the individual types extremely seriously, distinguishing two opposing groups. It unequivocally separates rapists and rapists and leaves no room for doubt in the distribution of roles in the depicted scene. Thus, the bloody self-mutilation in the temple became a vivid expression of the moral decline of the Ottomans and the heroic rise of the defenders of Perushtitsa.

With this work the author graduated from the National Academy of Arts in Sofia in 1954. Even as a student Dobri Dobrev distinguished himself as a diligent, executive and analytical person. This is evidenced by the many sketches in pencil, charcoal and chalk, as well as colorful sketches of architectural details and church utensils, preliminary drawings and oil sketches, in which the artist explores every detail to build his future painting. He depicts the interior of the church with documentary authenticity and, last but not least, he has long considered the composition of the painting, which would express as faithfully as possible the event and the emotional charge it carries. The museum also keeps drawings of clothes, accessories and weapons from the uprising era. Many of the drawings of faces and figures, characters from the region become the basis of the characters recreated in the composition.

The painting, as well as all accompanying sketches, drawings and oil sketches to it were donated by the artist Dobri Dobrev to IM Perushtitsa and occupy a central place in the museum exposition from its founding to the present day. 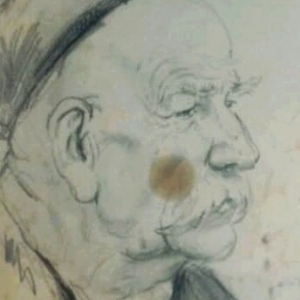 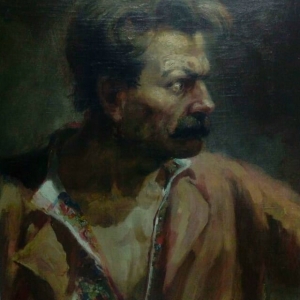 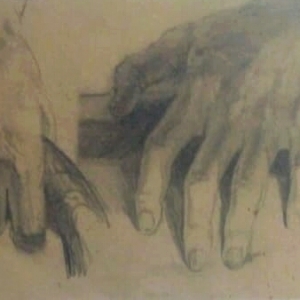 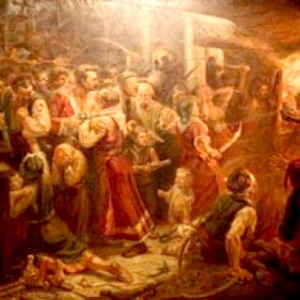