Despite the astonishing data in the excavations of the sanctuary-temple complex from the Fourth Millennium BC near the present-day Plovdiv village of Dolnoslav, located in its unconditionally established optical connection with the rock cult site Belintash, professional scientists did not dare to study what considerations led the ancient devotees to build in the field opposite a megalithic sanctuary on a mountain ridge.

And even more complicated are the parabolically located megalithic sanctuary complexes on Manastirski skali and the Holy Place on the slopes of the Rhodopes just south of Perushtitsa, and north of the city - a huge early Christian church from the IV century, built in the center of an ancient hero.

The heroine itself was once undoubtedly highly valued by the ancient inhabitants of the area as a sacred center, in order to be "remodulated" with the basilica as a sacred place for Christians as well. It was undoubtedly an ancient topos of faith just above a sanctuary next to a mighty outcrop, from which literally a whole river springs. It was in this connection that four centuries before Christ the Thracians in turn erected a mound over a temple-tomb of a king, whom they also heroized, and as a sign of his greatness in the field in front of it they ritually buried 16 chariots with horses and coachmen…

All these cult sites are located on the same line, despite the fact that they are sanctuaries from different times and, probably, between the years of their origin they have spread for centuries. This has hardly significantly affected the periods of their active use, since at the end points of this - undoubtedly energetic - vector between the megaliths in the mountains and the heroines in the field were built consistently huge for the place near the spring Red Church and the monastery "St. St. Theodore Tyrone and Theodore Stratilat ”under the megalithic wreath above it, disguised after the celebration of the Christian faith under the name Monastery Rocks.

If one manages to rise above the concrete images of this series of objects, their arrangement, as if on a strictly followed axial line, arranges them as elements of a huge unified energy complex, which repeats the construction of the mirror-reflex telescope. Thus, the "radiation" from the heroines is received by the rock crown and focuses on the place where people have settled in Perushtitsa.

Probably this special place has given its energetic support to the village and its inhabitants for their amazing prosperity. Perushtitsa became so rich and fast that the happiness of its citizens filled the inhabitants of the neighboring non-religious villages with monstrous envy. When, in the spring of 1876, overwhelmed with rage, they attacked, robbed, and killed most of its inhabitants, the high-spirited Perushtians showed them and the whole waking world that in fateful moments the faith was defended with holiness, and when you have found it in the millennial journey of your kind, it leads you to Freedom.

That is why the survivors of the pogrom revived their settlement. At the same place! Energies flow to them, which the blessed with sensitivity cannot be deprived of. Again come skilled spiritual leaders who will open for them even the hearts of the lower spirits, and if necessary with the revived skills of the magicians, as soon as on the ritual site of the ancient sanctuary on the Monastery Rocks someone has already put a modern ritual knife, but… from transparent glass.

1.The significant Red Church among the outlines of the old hero 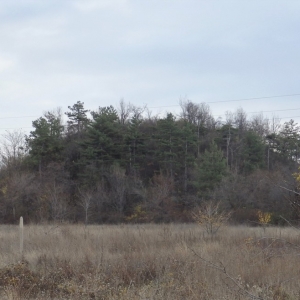 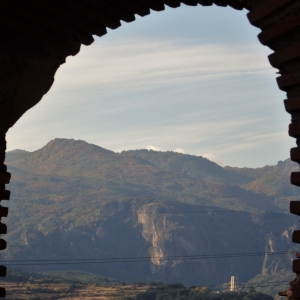