The official opening of the exhibition will be on 03.08.2022 at 17.00 at the Peruštitsa Historical Museum. The exposition presents the literary heritage of the Thracian Bulgarians from the 18th, 19th and 20th centuries - canonical church chants, legal canon of the Roman Catholic Church from 1747 /acquired the name "Roman law", which served as the basis of European and Bulgarian law/, pilgrim's travel notes to the Holy Lands, "Great Bulgarians" historical library /dedicated to famous personalities from Bulgarian history/, two extremely valuable Bulgarian manuscripts preserved in Greek script /discovered by Prof. Miletich/, historical research of leading Bulgarian scientists from the beginning of 20th century on the occasion of 1000 years of Bulgarian statehood after Simeon's Golden Age and research on plastic art up to the 30s of the 20th century by Nikolay Rainov. All of them reflect the spiritual and cultural searches and aspirations of the Thracian Bulgarians, who themselves determined their affiliation and accepted their destiny, which became the reason for the emergence of the so-called "Thracian question" after the fragmentation of the Bulgarian ethnic territories with the decisions of the Berlin Treaty of 13.07.1878. Further deepening of the "persecution and ruin" of the Thracian Bulgarians occurred from the disastrous for our national destiny clauses of the Treaty of Neue of 27.11.1919, after Bulgaria's unsuccessful participation in the First World War.

The exhibition is held in memory of the Bulgarian population from Belomorska and Odrinska Thrace, whose blood was shed together with that of compatriots from the already free homeland. Under these circumstances, post-war devastated Bulgaria shelters, rescues and reintegrates its fellow refugees, driven from their homelands in Thrace, Macedonia, the Eastern outskirts and Dobrudja. Persecuted, chased, killed, without having time to take with them what they needed, the thousands of emigrants saved the most valuable for themselves - the spiritual shrines with which they preserved their faith and Bulgarianness over the decades - church utensils and old printed books. Saving them from humiliation, carrying faith and knowledge with them, they continue their lives in newly built homes on the territory of the Kingdom of Bulgaria.

The valuable artefacts, carefully preserved and handed down from generation to generation, are today stored in the "Religion and Creeds" fund of the Thracian Society "Voivoda Rusi Slavov", established on 15.01.1897, as part of the cultural and historical heritage of the Thracian Bulgarians.

9. The archive of the Varna Metropolitanate from before the Liberation, Sofia, 1922

17. Faith and unbelief. A dialogue in five discourses. Plovdiv, 1909

21. Art. Denev, God, Creator of the Universe. Evidence for the existence of God and his attributes. Sofia, 1933

The visiting exhibition of old printed books, Unknown Bulgaria, owned by the Thracian Society "Voyvoda Rusi Slavov", was officially opened by the Vicar Bishop Arsenii of Znepol, the director of the museum Assoc. Ph.D. Veselina Vachkova and the chairman of the Plovdiv Thracian Society Major General Eng. Nonka Matova . 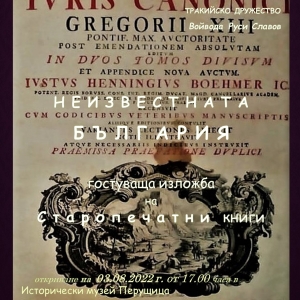 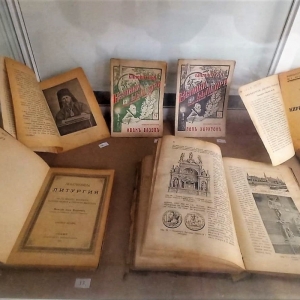 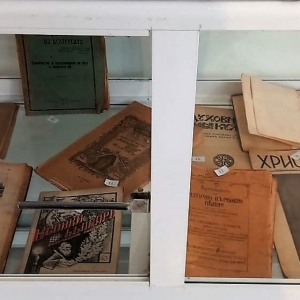 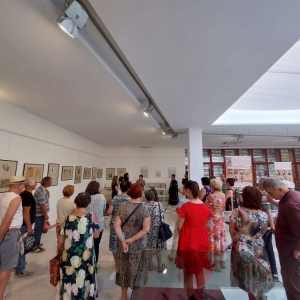 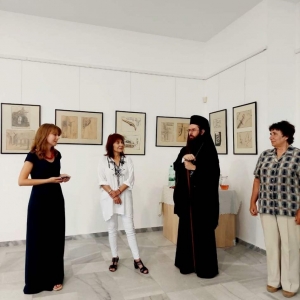 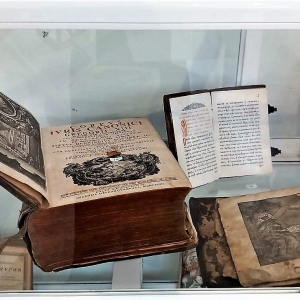 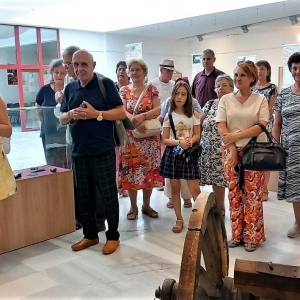 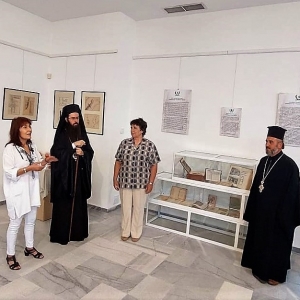