Still not completely cleared of the ashes in Perushtitsa after the uprising in 1876, brutally suppressed by the Turkish army and the Bashibozuk hordes, after 9 years the survivors rose for a new battle. Georgi Natev from Perushtitsa, who fought in defense of his settlement during the memorable nine days of the Free Days before the Liberation, became a permanent representative of the settlements from the whole region in the meetings held during the preparations for the unification of the artificially created vassal region. Rumelia with the free Principality of Bulgaria.

On September 4, the Russian consul in Plovdiv reported to his office: "On Monday, in Perushtitsa, three high school students, inviting with a flag with the inscription:" Saedinenie "to an uprising, were arrested by the district chief, but then released at the insistence of the villagers." .

Perushtitsa is in close proximity to 21 "non-handed over (to the Bulgarian authorities) Rhodope villages located on the Vacha River". When the Bulgarian Secret Central Revolutionary Committee was established in Plovdiv in 1885, aiming at the complete liberation and national unification of the Bulgarian people, its chairman Zahari Stoyanov undertook the delicate mission of preventing the intervention of this surviving pro-Muslim area against the Union.

The fighting population of Perushtitsa, rising from the ashes, definitely played a deterrent role in keeping these Rhodope villages peaceful both in the following days of the Union and in the Serbo-Bulgarian War. It is no coincidence that on September 6, when the Union of Northern and Southern Bulgaria was announced in Plovdiv, the armed detachment of 200 people, which stood before Konaka to defend the case, was led by Atanas Patev from Perushtitsa, along with BTCRC members Todor Gatev and Spas Turchev.

All Bulgarians support the Union. The Provisional Government sent a telegram to Prince Alexander I of Bulgaria that the Union had been proclaimed in the name of His Highness. This news went around Bulgaria in a flash the same day. The people rejoice, rallies and meetings are held. While a resolution on the recognition of the Union and measures for its support by the entire Bulgarian population were adopted in Sofia, volunteer societies for the protection of the united homeland were already being formed in the settlements.

And this year in honor of the greatest - and at the same time bloodless! - victory in the last century for the unification of our homeland, the Municipality of Perushtitsa has prepared a solemn program for the descendants of the heroes of April 1876 and May 6, 1885 in the Central Town Square "April 27" on the 133rd anniversary of the Union of Bulgaria. The celebration will begin at 11:00 a.m. on September 6, 2018. 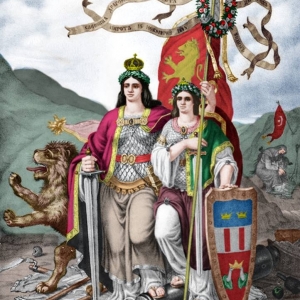 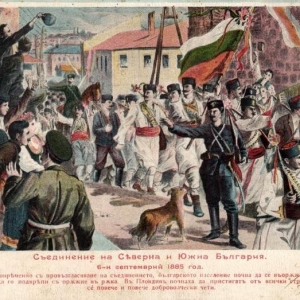