On April 20, 2018 at 18:00 in the Art Gallery - Danovo School - Perushtitsa will be a concert of the flute duo "Flutissimi - Bellissimi" consisting of Irena Hristoskova and Kristina Georgieva

Irena Hristoskova was born in Sofia, where she graduated from the L. Pipkov Secondary School in 1982. in the flute class of Prof. Lydia Oshavkova. As a student at the music school she played in a brass trio, as well as in the symphony orchestra of the school with dir. E. Yanev, with whom they won awards at competitions in Kerkrade, the Netherlands and Paris in 1982. He graduated from the Pancho Vladigerov State Academy of Music in 1987, and during his studies, with a wind quintet under the direction of Prof. K. Chilev, they became laureates of the Golden Diana in 1983. They also gave a solo concert in the Bulgaria Hall, Studio stage. of the young musician. In the academic orchestra with dir. E. Yanev, have a successful participation and take the award of the city of Paris in 1985.

Kristina Georgieva graduated from NMU "L. Pipkov" and NMA "P. Vladigerov" in the class of Prof. Dimitar Georgiev, taking part in various chamber ensembles, concerts and productions. In 1989 he graduated in Culturology at Sofia University "K. Ohridski". He plays the flute and piccolo in the Sofia Brass Band. Her participations in the chamber duo "Flutissimi" are numerous and present her as a great professional and partner for orchestral and chamber music, and the concerts of "Chamber Stage Sofia" with the duo and the flute quintet are a great success. He also plays in combined orchestras with S. Smenov, K. Topalov, I Stoyanov, N. Bans and others.

Baroque is a style of art (in this case, music) that dominated Europe for almost two centuries, coming after the Renaissance in the early 17th century and being replaced by Classicism in the late 18th. It is characterized by exaggerated movement and abundant details in comparison with the clearer and restrained rationality of the Renaissance century, with splendor, parade, solemnity and dynamics. It is also called the style of flying shapes. It is said that its name comes from the Portuguese barroco, meaning irregular pearl. In music, artists began to boldly use many ornaments (decorations) in their works. The phrase "Never use one note when you can use five" describes well the music that was being written at the time. The royal courts had their own musicians, orchestras and composers for their receptions and balls, and wealthy families simply hired them. A huge number of new musical forms are appearing. The most famous baroque composers are Bach, Handel, Telemann, Vivaldi, Purcell.

1. Prelude by the French author Charpentier - part of the mote Te Deum, written to commemorate the victory of France in 1692. and the end of the Nine Years' War (1688-1697) between France on the one hand and a large coalition of hostile European states called the "Great Union": England, the Netherlands, Spain Savoy, Brandenburg.

2. Rondo by the English composer Henry Purcell, in the suite "Abdelazer", on the tragedy "Revenge of the Moors"

3. Alla hornpipe by the German composer GF Handel. The play is part of "Music of the Water", written for King George I and performed on a barge during a royal procession on the Thames.

4. Arrival of the queen of Sheba - from the abbey "Solomon" by Handel. The music depicts the solemn reception of the Queen of Sheba, ruler of Shaba, who heard of the great wisdom of Solomon, king of Israel, and came to him with gifts of spices, gold, and precious stones. She was greatly impressed by Solomon's wisdom and wealth and blessed his God.

A curious musical form in which one performer plays a phrase that the second literally repeats after him, but they sound in perfect harmony!

Siciliana is an ancient Italian dance used by professional baroque artists because of its specific rhythm and gentle, even sad sound. In the multi-part suites and sonatas, it ranks after the fast part, as it is moderately slow.

7. JS Bach-Minuet and Badinera - emblematic melodies from the Suite for flute and string orchestra. Both parts, like the Sicilian, are ancient dances, and again here we have the familiar, typical of the Baroque alternation of slow with fast part. This is the finale of the suite and the whirling Badinera is a glamorous and bravura finish of the work.

After Baroque, changes took place in European music. The artists look at the clean line of ancient Greek art and the casual beauty of nature. Music breaks free from the shackles of church rules and replaces ornamentation with new musical instruments that give a much freer sound. nature of society. And at the end of the period, after the lighter and more entertaining nature of the music until then, it gained importance for the spiritual and moral growth of the personality. The top of the group of classical composers are Haydn, Mozart and Beethoven.

Thus, from the cheerful, playful and curious style of Haydn, the early Mozart, Plail, Stamitz, to the dramatic, even tragic works of Beethoven and Mozart at the end of his life.

The great Austrian genius Wolfgang Amadeus Mozart, who lived only 33 years, leaves a huge number of treasures in music - over 600 works. He writes in all genres and every work is a masterpiece. The most listened to and beloved composer of all time after Bach. And although its sonority is light, bright and brilliant, he is one of the most difficult authors to perform!

Romanticism originated in the late 18th, early 19th century. Artists respond to the social conflicts they witness by distancing themselves from the world and seeking higher ideals related to the soul and imagination. The leading principle is no longer the mind, but the feelings. For the first time in the history of art, the creative person is opposed to society and tries to get rid of its shackles and conventions. Hence the myth of the lonely romantic artist, who expresses his inner, imaginary world - the artist, devoted to his feelings, remained misunderstood by others. The authors draw ideas and inspiration from past heroic epochs and legends of brave knights. Great romantic composers are Chopin, Brahms, Wagner, Schubert, Grieg, Bizet, Verdi.

This is part 1 of the orchestra suite "Per Gint" - music on the fantastic plot of a wanderer's wanderings in forests, mountains, monsters, elves ... finally realized that the real things are love, faith, care, family, r

12. The Fun One ”- ragtime by Scott Joplin. African-American music from the late 19th and early 20th centuries is a mixture of styles and influences, and Joplin, a colored musician called the "King of Ragtime" has left us over 40 ragtime, several operas, ballet. Ragtime with its syncopated rhythms and characteristic slips between tones, is a harbinger of jazz.eturned after 40 years at home.

13. Tico-tico-popular Latin American play in the style of "shoro", fiery and fun was written by Brazilian composer Zecchina de Abreu. The meaning of the title is "Sparrows of the corn pile" - feathered little thieves flew through the open window and quickly pecked from the pile of grains spilled on the table.

14. Radecki March - And why without Johann Strauss? The emblematic march, without which no glamorous festive musical event in Vienna, the heart of Europe, passes. They tell how Strauss sat in a pub and thought about something anxiously and anxiously drumming, lining his fingers on the table: ta-ta-ta, ta-ta-ta ... And then the melody of the march, beloved all over the world, was born. 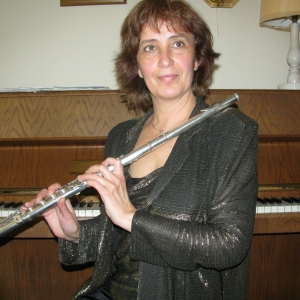 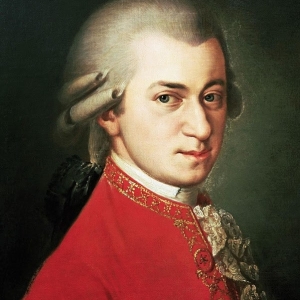 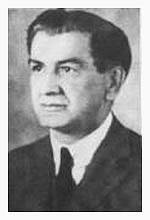 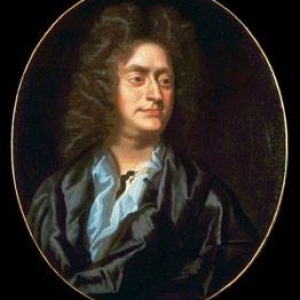