"Bulgaria one step away from the Himalayan crown" by Sandyu Beshev

On February 9, 2019 / Saturday / from 11 a.m. in Danovo School - Perushtitsa will be presented the book by Sandyu Beshev "Bulgaria one step away from the Himalayan crown".

- 65 expeditions, ours and foreign, in the Himalayas and Karakorum

- 255 attempts were made to climb the 14 eight-thousanders

Bulgaria one step away from the Himalayan crown

Although difficult, Everest, Annapurna, Cho Oyu, Gasherbrum II, Nanga Parbat, Dhaulagiri, Makalu, Broad Peak, Hiden Peak, Kangchenjunga, K-2, Manaslu. In order for Bulgaria to become the winner of the most prestigious collection for climbers - the "Himalayan crown", we are left with only one and the lowest - Shisha Pangma.

The battle of the Bulgarian climbers for the ascent of the highest peaks on the planet has been going on for 37 years. As participants in 65 Himalayan and Karakorum expeditions, conducted in the form of national, club, international and commercial groups 117, our climbers made 255 attempts. Of these, 30 people have made 64 successful ascents to 13 major peaks. With the most peaks climbed -10 is Boyan Petrov, with six peaks and one repetition of Everest is Atanas Skatov, with 5 different peaks and one repetition of Everest is Nikolay Petkov. Petko Totev and Doychin Boyanov have three climbed peaks each. Toncho Tonchev also has three ascents, but on Dhaulagiri peak he repeats his ascent. Nine climbers have two peaks and 15 have one.

Our climbers made the most climbs in 2009, 2014, and 2017 - 6. We have 5 climbs in 1984 and 2016. Only 1 climb our climbers made in 1981 and 1993. Our climbers have made six ascents to peaks over 8,000 meters, but these are not the main peaks, but the so-called satellites. The ascents of four peaks are contested by the office of Miss Elizabeth Hawley, who is authorized by the UIAA, to register both the successful and unsuccessful ascents of the 14 eight-thousanders, especially those in the Himalayas.

All this, and many more details will be read in the just published book "Bulgaria one step away from the Himalayan crown". In 298 pages and 145 photos, the author Assoc. Prof. Sandyu Beshev has tried to make readers empathize with the great Bulgarian battle in the Himalayas and Karakorum, fought for 37 years. Between the first and last page of the luxury edition, each of the 117 climbers who took part in the battles for the 14 super-cloud giants has found their place.

For those who have reached the peak or where each step is only down, the author has taken care to put in the appropriate place the photos corresponding to the time when our climbers have made the climbs themselves. The book also contains the portrait photos of all the climbers who crossed the 8,000 meters, or the so-called "border of death". We also posted their photos, not only because they gave a lot for the overall success of the expeditions, but also because as early as 1938 the Himalayan Committee of Nepal established the very high title of "Snow Tiger" for Sherpas who crossed this border, which means that all our climbers, who have stepped over 8000 meters, can be proud of this title.

The importance is also given to those who participated in a climb, but returned from a lower height. For them, we have tried to note the reason for this - illness, bad weather, or just got their strength.

As far as our place in a book allows, we have noted some of the most important moments in the history of these greatest peaks - their discoveries, the battles for their first ascents, as well as some more interesting moments in their rich history.

As noted in the foreword to the book, despite our best efforts, not everything was possible to find a place in this book, because each expedition - large, small, small or individual - deserves to be described in a separate book.

The publication of this book is dedicated to the 90th anniversary of organized mountaineering in Bulgaria and is in memory of Boyan Petrov, who made the most of the Bulgarian climbers in the battle for the 14 super-cloud giants. 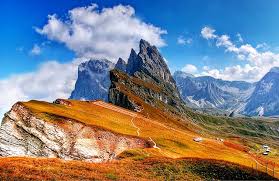 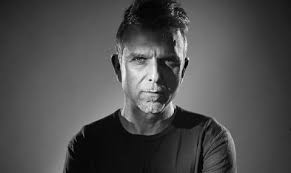