"The Portrait in Antiquity", lecture by Vihra Grigorova, on September 28, 2018 at 11 am in the lobby of the Historical Museum of Perushtitsa

The term portrait refers to an image of a person by means of art. This image can be partial or full length. It can depict one person or a group of people. The background can be neutral, interior or landscape, which contributes to a fuller presentation of the person portrayed. There are also portraits of animals created by animal artists, with or without human presence.

With a slightly freer interpretation of our basic idea of portraiture, we will go far back in history, to prehistoric times, where we find the first portraits. They are quite generalized, the object of portraiture is rather a collective image of a deity with human features. This trend persists in much later periods of civilization. Scientists give quite wide limits, from 30 to 300 thousand years for the appearance of the first artifacts of the Stone Age. The images are mainly figurines of clay, stone or bone, designed for the home altar and often depict the mother goddess.

These are the so-called Paleolithic Venuses. They are characterized by hypertrophied female forms and a schematic or completely absent face. The ancients were much more specific in depicting hunting animals. In the Altamira and Lasko caves, horses and cattle are depicted with astonishing precision, even with individual characteristics. An image of a camel has been found in a cave in Kazakhstan, and images of strange UFO-like creatures and objects have been found in India and Africa.

THE PORTRAIT IN ANCIENT EGYPT

The beginning of Egyptian civilization is considered to be 3200 BC. The period up to the so-called Old Kingdom (2675-2170 BC) includes the pre-dynastic period and the first four dynasties. The New Kingdom is considered to be the period 1570-1085 BC, with one less studied the Middle Kingdom and a dozen transitional periods between them.This division is associated with certain ruling dynasties and the conquest or loss of territories in many wars, as well as certain stylistic differences and characteristics in architecture and art.

We connect it with the construction of pyramids, including the famous pyramids in Giza of the pharaohs Cheops, Khafre and Mycerinus (Khufu, Khafra and Menkaura). The portrait images of both deities and pharaohs and courtiers were highly stylized and subordinated to the canonical ideal, and were often painted superficially. The more directly the portrayed person is connected with the government, the more generalized and conditional the image is. ordinary limestone and even wood, beautifully preserved for millennia in the hot desert climate.

We connect the New Kingdom with the temple of Ramses II in Abu Simbel, which became popular because of the UNESCO operation to move the giant, 20 meters high statues in 1964-68, because of the construction of the Aswan Dam / Nasser Dam /. The discovered mummy of the pharaoh gives grounds to see a remarkable portrait resemblance to the pharaoh, depicted alongside deities. Pharaoh Amenhotep IV proclaimed the god Aten as supreme, and later as the only god, and himself adopted the name Akhenaten - son of Aten. He ruled for less than two decades, but culturally this government is a real revolution. Akhenaten's only son, Tutankhamun, soon changed his name to Tutankhamun, returning to Amon Ra as supreme deity. He ascended the throne at the age of eight and died at the age of 19. Little known during his lifetime, he became a legend when his tomb, discovered in 1922 in the Valley of the Kings, turned out to be the first and only tomb in Egypt untouched by treasure hunters to this day.

THE PORTRAIT IN ANCIENT GREECE

When we talk about ancient Greece, we mean a historical period spanning the first millennium BC. However, some historians prefer to include the Cretan-Mycenaean period / 3 -2 millennium BC /, followed by the so-called Homeric Greece / 11-9 BC /, archaic period or archaic / 8-6 century BC /, classical period or classics / 5-4 century BC / and Hellenistic period or Hellenism / second half of the 4th century to the middle of the 1st century BC / . Due to their significant differences, we will consider them separately, without forgetting their common roots.

It is also called the Minoan civilization. The many frescoes and statuettes show highly stylized images, the two-dimensional ones must be in profile, with characteristic hairstyles and minimal individualization. The posthumous masks of rulers of the period are much more individualized. We will miss the Homeric period, also called geometric civilization due to lack of development in the portrait genre and go straight to the period ARCHAICA. with static and canonical schematicity of human images.

These are mainly full-length figures of boys - "kurosi", teenage athletes, depicted usually naked, as in ancient times, men usually played sports. One leg is extended forward, the arms are relaxed to the body. The face is illuminated by a specific smile. There are also girls - "crusts" in chitons, usually used as support columns in temples and called caryatids. The vertical folds of their chitons in the classical period are already longitudinal depressions, called grooves in the columns. In temples, both often coexist within an architectural complex.

The focus is on gods and anonymous athletes. Polycletus creates his canon and Myron creates his Discoball. The gods are recognizable at least because of accessories, situations or age characteristics. This turns the pantheon of ancient Greek gods into a vibrant colorful group. The faces are still generalized and idealized. Favorite material is bronze, the faces are inlaid. Marble is colored with mineral pigments.

Time of rulers, thinkers, poets. Sculptors already have high self-esteem and we often even know their names - Lysippus, Praxiteles, Scopas… Along with the anonymous figures of deities and heroes, portraits of real people appear. The idealization is still relevant, because of the philosophical notion that the good man is also beautiful. The portrait passes on floor mosaics, coins and works of jewelry. With the emergence of the Roman Empire, Hellenistic art gave rise to Roman art, and at first the two were similar to the point that they were difficult to distinguish, and scholars were often divided in their classification.

The earliest settlers in present-day Italy and the Roman Empire in general were the Etruscans. They had their own culture in the 8th century BC and this culture is the conduit through which ancient Greek culture penetrates the foundations of Roman, and even the pantheon of ancient Greek gods has many analogues in Roman. archaic, but are much more lively and free in interpretation.

The Far East leaves an exceptional cultural heritage. In the last millennium BC, a unique civilization based on science and culture flourished in the Valley of the Two Rivers between the Tigris and Euphrates rivers. Expressive and monumental, the sculpture from this part of the world lays the foundations of compactness and compressed expression in contemporary art.

The republican period assimilated the cultures of the Etruscans and the ancient Greeks, active construction was booming mainly with a functional character. At the end of the first century BC the empire took the place of the nearly 500-year republican period and lasted almost as long. The setting is a paradise for the development of representative architecture and arts, including the portrait genre. The created works are as realistic as possible, up to naturalism. The ancient Romans believed that man is beautiful as he is, idealization gives way to unadorned justice. Marks of age or honorary marks of war are not hidden. The women's portraits demonstrate elegance and intricate hairstyles. Special attention should be paid to the so-called FAYUM PORTRAITS, ancient picturesque funerary portraits found in Egypt. In rare cases there are double portraits as well as images of the hands. They lay the foundation of the modern pictorial portrait. These are the faces of real men and women, with characteristic Middle Eastern features and spirited faces. They are a vivid example of the perfect portrait, in which it is not you as a spectator who look at the image, but it looks at you. The masks of other deceased members of the family were even worn at the funeral to emphasize how ancient and glorified the family was. These masks were kept in the home altar / lararium /.

The discovery of the tomb of the Chinese Emperor Qi Shuhuang / ruled 221-201 BC / in 1974 was quite accidental during agricultural work in the area. So far, only one percent of the spectacular find has been studied. A guard in front of the remains of the great emperor, who began construction on the Great Wall of China, guards 6,000 terracotta figures of soldiers just over life size in the first chamber alone. Even for the eye of the European, who finds it difficult to distinguish the Mongoloids, the vivid portrait characteristic of each of them is clear, as well as his belonging to a tribe or nationality within the empire. 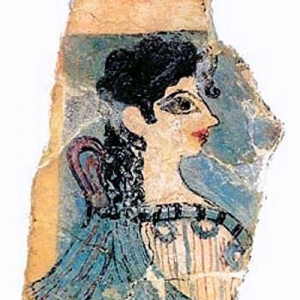 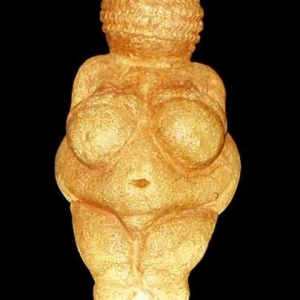 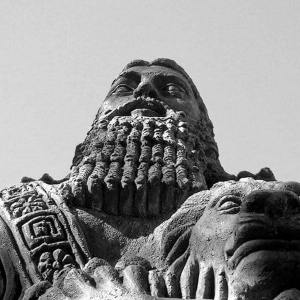 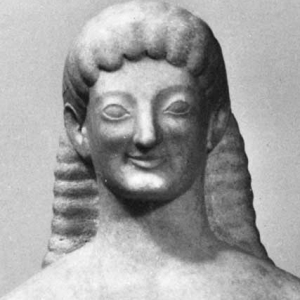 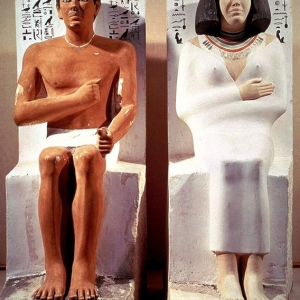 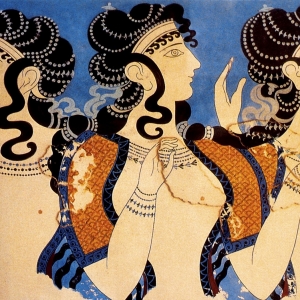 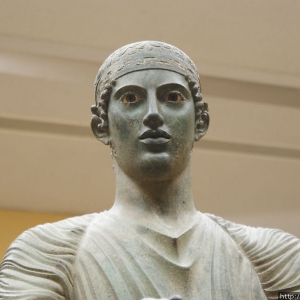 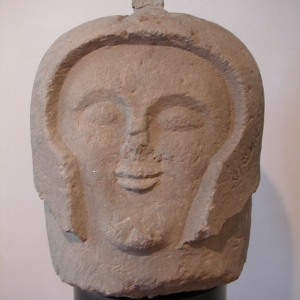 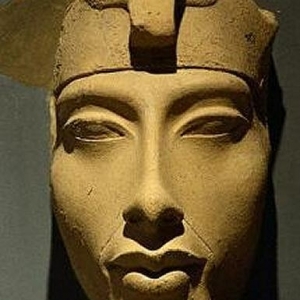 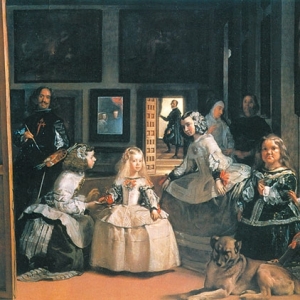 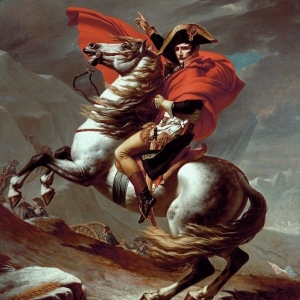 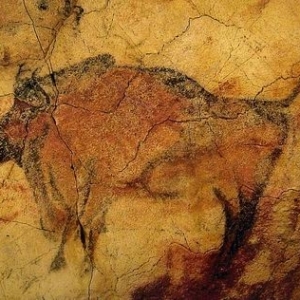 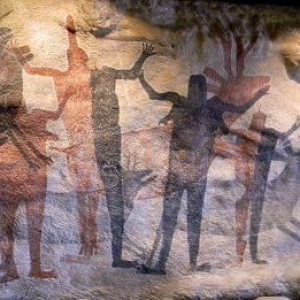 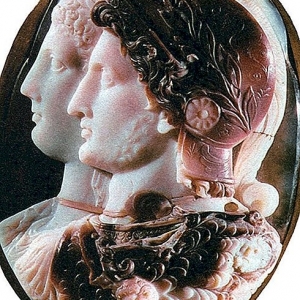 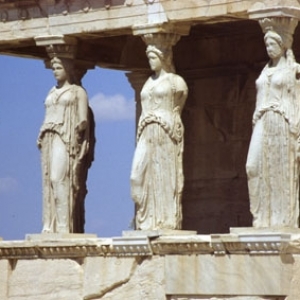 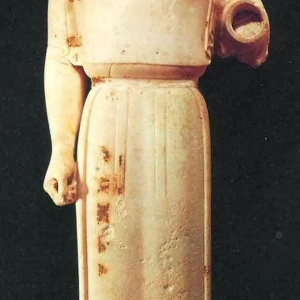 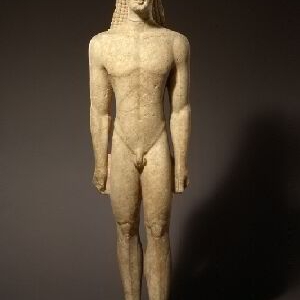 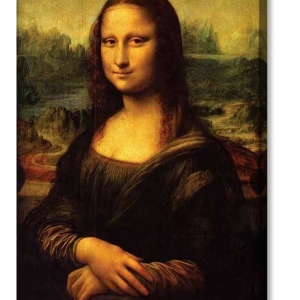 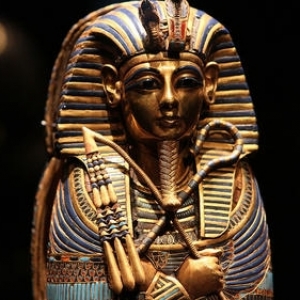 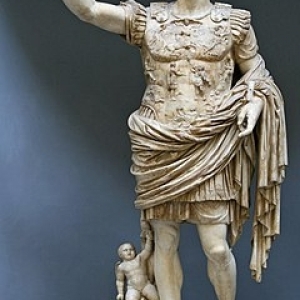 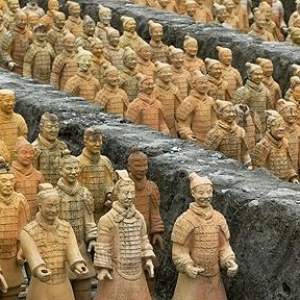