Dutch still life appeared at the beginning, in the early years of the 17th century, and at the same time gained impressive dimensions, as it often decorated the huge walls of dining rooms in the castles of noble and wealthy inhabitants.

Dutch artists were soon followed by Flemish artists. It is interesting to note, for example, that Frans Snyders painted many of the still lifes in Rembrandt's paintings.

During the 17th - 18th century, in the era of classicism, the genre was considered secondary. The abundance and splendor inherent in the Baroque brought interest in this genre in France.

Artists: Jean-Baptiste-Simon Chardin and others. 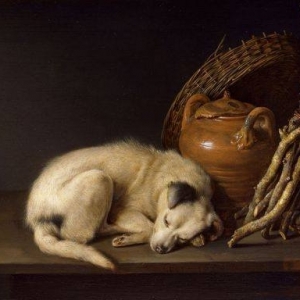