The Churches of the Revival -"St. Athanasius ”on the hill

It is assumed that the church "St. Athanasius "existed before the time of the Kardzhali attacks. At the end of the 18th century, together with the monastery of St. St. Theodore Stratilat and Tyrone, it was burnt down by the Kardzhali people. It is a single-nave basilica without a narthex, with an added apse space and an un vaulted gabled roof. Probably during its later restoration in 1868 an extension was added on its southern side. In the yard of the church there is a bell tower with a bell, cast by the famous during the Revival Pazardzhik masters, the Veleganov brothers. 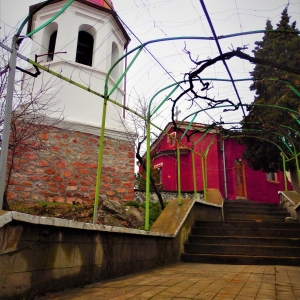 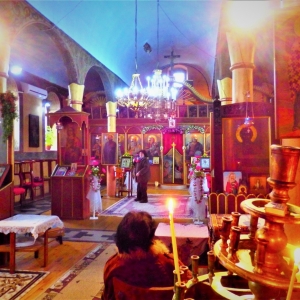 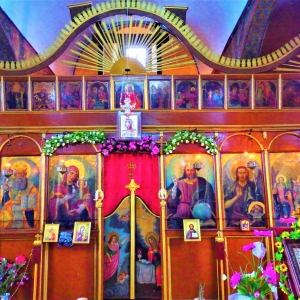 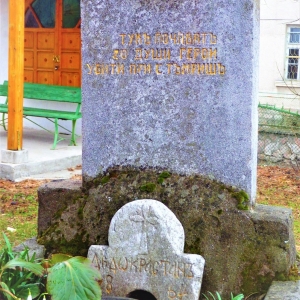 The church "St. Athanasius "with the bell tower

The church" St. Athanasius "In the church"

In the years of Turkish slavery, the church "St. Athanasius "rose on the hill Movrogi within the village. During the services the laity were often attacked by the Turks of  Ustin and this forced in 1847-1849 to build a new church inside the village. In 1866 Perushtitsa already Served by two priests in two parishes, the priests Stoyan Ripchev, Nikola Ivanov, Krastyu Nenchev-Etropoletsa, Father Tosho Mihailov, Stoimen Atanasov, priest Petar Velchev were remembered as more significant personalities until the Liberation.

In 1868, the people of Perushtitsa sent an official letter inviting the Russian consul Naiden Gerov to attend the consecration of the restored and painted church of St. Athanasius. The students of the artist Stanislav Dospevski - Atanas Gudzhenov and Stefan Andonov, painted the icons on the iconostasis of the church decoration and deacon doors are the work of Milo Altov and Argir Kalachev. Due to its convenient location during the April Uprising, it was designated by the leader of the uprising Petar Bonev as the fourth main "tabia" (defensive battle position) and in the fenced walls of the church killed loopholes. In her yard were placed food supplies and water for the population during the uprising. On April 30, 1876 the church "St. Athanasius "was completely demolished and set on fire by the soldiers. Immediately after the April events, Lady Strangford, a representative of the British Consulate who arrived in Perushtitsa, built six wooden barracks in the churchyard to accommodate the severely injured.